Gas up the SUV, set your iPhone GPS app, and then a quick stop for a couple dozen clam cakes to go, because we have lots of driving to do today!

In honor of the Sykliner remnants at Rocky Point State Park, let’s see if we can find an operating Goforth Brothers, Inc. Skyliner just like the one installed in 1966 at Rocky Point Park.

For this, we’ll have to drive to Huntington, West Virginia, and board the Skyliner at Camden Park. 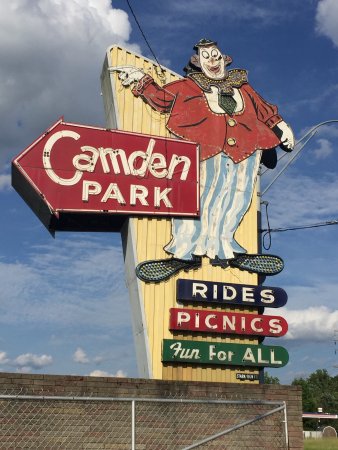 Notice that Camden still has the thin, rider-controlled safety bars that were originally found on Rocky Point’s ride, until the later park retrofited the chairs with more secure, operator-activated constraints.

Ok, we came, we saw, we conquered!  Now it’s off to Kennywood in West Mifflin, Pennsylvania in search of facsimiles of three Rocky Point attractions.

First is the Enterprise, which entertained us at Rocky Point since 1977.

At about the same time as Rocky Point, Kennywood acquired its own Enterprise, and even promoted it in this brochure.

Sometime after that, the park themed the ride’s queue area and re-branded it as the Volcano. 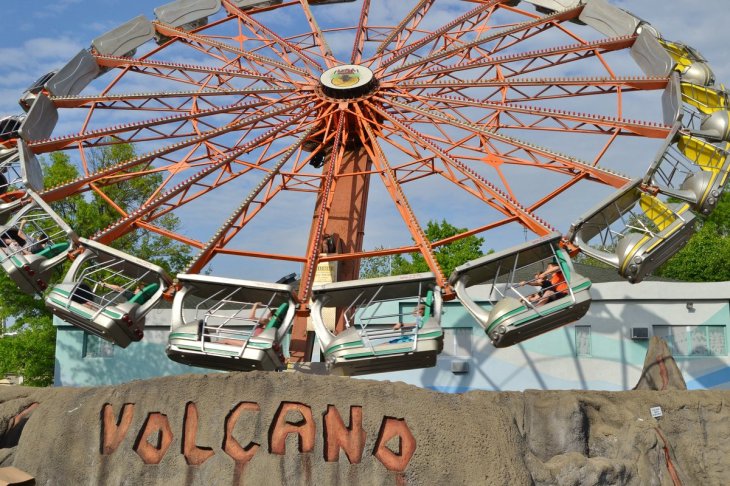 Most of you probably didn’t ride Rocky Point’s Flying Coaster.  If you did, you’d certainly remember it!  Believed to have come to Rocky Point in 1961 after operating briefly at Revere Beach, MA, it was a flat ride that didn’t operate flat!  Manufactured by Aeroaffiliates of Texas, the ride consisted of eight cars which were attached to arms.  The arms were connected to the motor at the center of the ride. This spun the ride in a circle. There was a hill on one side of the ride which cars would ramp up. The ramp would suddenly end and the cars would fly in the air as the hydraulic arm would slowly lower the car back to the track.

The Flying Coaster had a short lifespan at Rocky Point as it was gone by the early 1970s.  But Kennywood’s rides on as a very popular attraction renamed the Kangaroo in honor of the park’s mascot, Kenny the kangaroo. 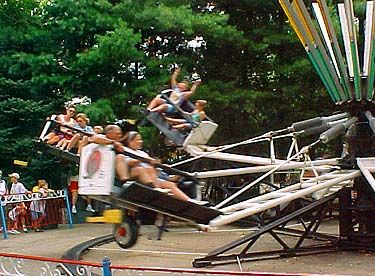 In an earlier post here, I told you how you could find a Tumble Bug like Rocky Point’s at Conneaut Lake Park in Pennsylvania.  Rocky Point’s Bug was installed in 1927 and survived the destruction of the 1938 hurricane, reopening with the park in 1948.

And after the 1947 season, it was reborn as the Turtle.  Same track as Tumblebug, just replacement Turtle tubs and theming.  Chambers Engineering did a lot of this retrofitting for parks in the late 1940s — replacing the ride vehicles with different models to give attractions a fresh look.  Chambers performed this service for Rocky Point’s Circle Swing in 1948, making it the Rocket ride.  Below is a photo I shot of Kennywood’s Turtle in 1997.

Here’s another of the Kennywood Turtle from “Coaster101”. 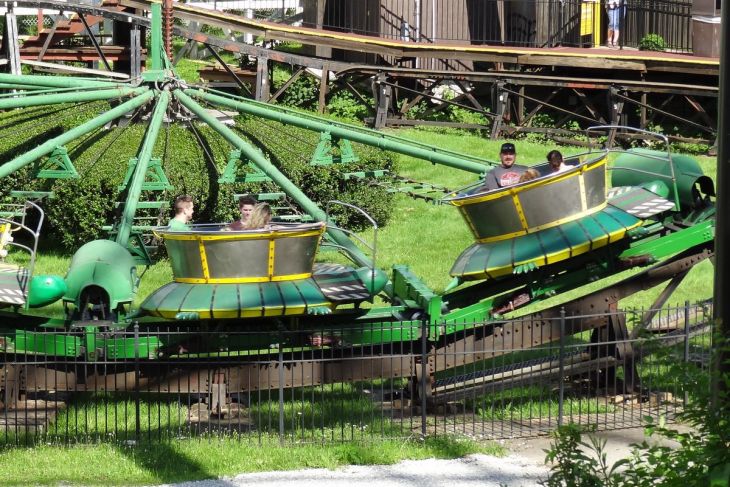 So let’s get some famous fries to go from Kennywood’s Potato Patch, and hit the road again, boys and girls!  We’re heading home to prep for the next leg of The Rocky Point Road Trip!