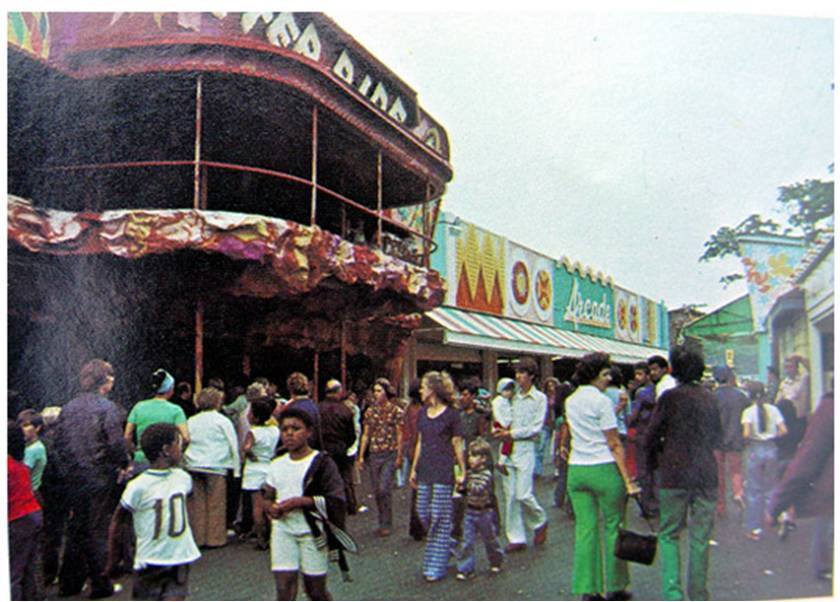 To some patrons of the former Lincoln Park (North Dartmouth, Massachusetts) it was all about the thrilling Comet roller coaster.  To some others, it was more about the Roller Rink.  But for a good segment of Lincoln Parkers it was the Monster Ride – a two-story dark ride that seemingly never ceased to please, even in its tired years of the mid-1980s, just before the park closed. 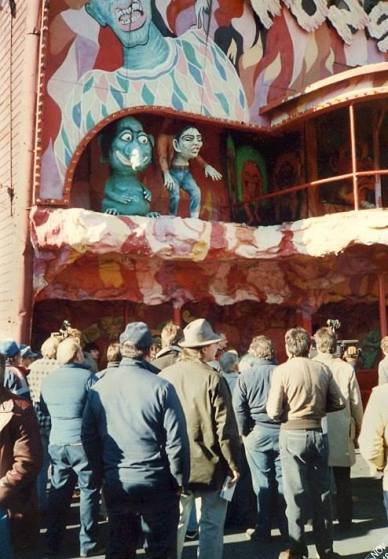 But the Monster Ride, for all its popularity, didn’t just show up on the midway one day.  It actually evolved.

Did you know that the Mystery/Monster Ride had origins dating back to late 1930s? According to New England amusement park historian Bob Goldsack, Edward J. Carroll, Sr.,  former owner of Riverside Park (now Six Flags New England) sold it’s “Laff In The Dark” ride to Lincoln Park in the late 1938 for a whopping $400 in an effort to meet expenses.  As I’ve cited in several blog posts here, Laff In The Dark was the brainchild of the iconic Harry G. Traver who offered park owners a less expensive alternative to the dark rides of that era. So Riverside’s Laff — wood frame cars, plywood cutout displays and all, were trucked  eastbound to Lincoln Park.   Apparently, Lincoln Park either thought highly of its new used dark ride or did some proactive planning, because the new, elegant building they erected to house the ride was tall enough to add a second floor.  But the newly-installed dark ride was only to roam the spacious ground floor in the late 1930s, and it was renamed Hel-Za-Poppin as you can see in these two screen captures from the Lincoln Park Remembered DVD. 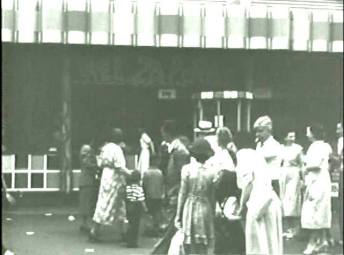 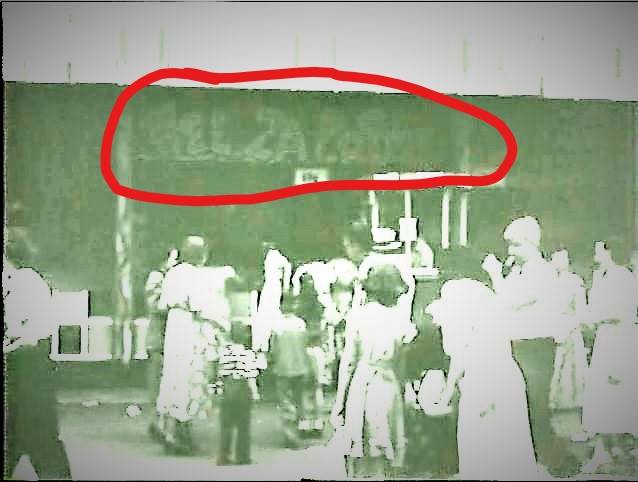 In 1948, designer Jack Ray rethemed the façade with his signature Art Deco treatment and renamed it Laff In The Dark, its original moniker. 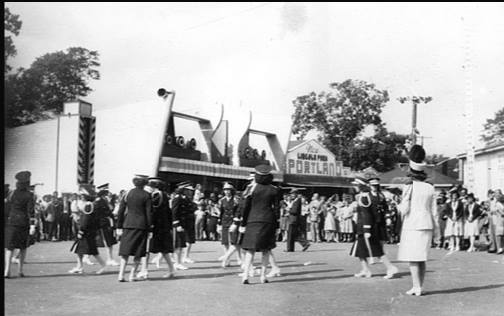 açade looks familiar it’s because Ray applied the same treatment to Laff rides worldwide, including rides at Rocky Point and the infamous one at the Pike in Long Beach, California.  The b&w photo above accurately depicts how tall the building was. 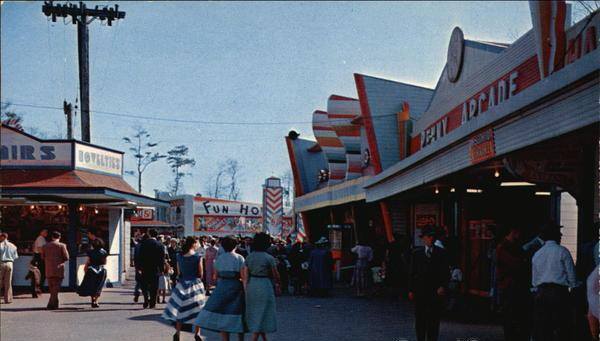 Thing I recall most about Laff In The Dark in 1960 at age six — the seat in the car reclined backwards when rear wheels hit several wooden bump rails strategically placed inside the ride.  Below, the patent illustration for a Traver Laff car illustrates the split seating compartment which had the ability to rock backward.

My other vivid memory — amid the plywood cutout displays of the Fighting Cats and Kicking Mule were two large three-dimensional scenes created by Lincoln’s artist in residence Dom Spadola.  Dom was a fellow resident of my hometown of East Providence, Rhode Island where word would travel fast about his vividly creative work.  Hence, I heard that he had added to the ride a hell scene of devils and a witch cooking rats in a cauldron. 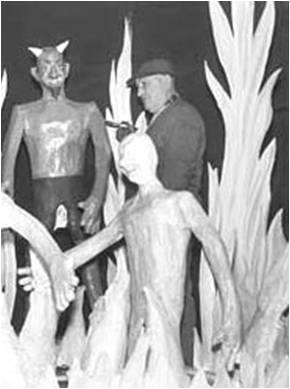 Over the fall and winter of 1960, I had heard that Dom was cooking up something new for Lincoln Park

Akin to a great dark ride, I’m going to keep you in suspense!  Watch for Part II!

Members of Things That Aren’t There Anymore: Southeastern Massachusetts Edition